I’ve been re-watching The Office (US) lately (it’s a good show to leave running in the background while you’re doing other stuff), and I just find the character of Michael Scott fascinating. He’s funny and well-written and basically just a big bag of human flaws that somehow bumbles his way into managing an office. He’s self-centered, attention-hungry, easily distracted, and refuses to acknowledge any bad news, yet despite all of that he loves his workmates like a family. 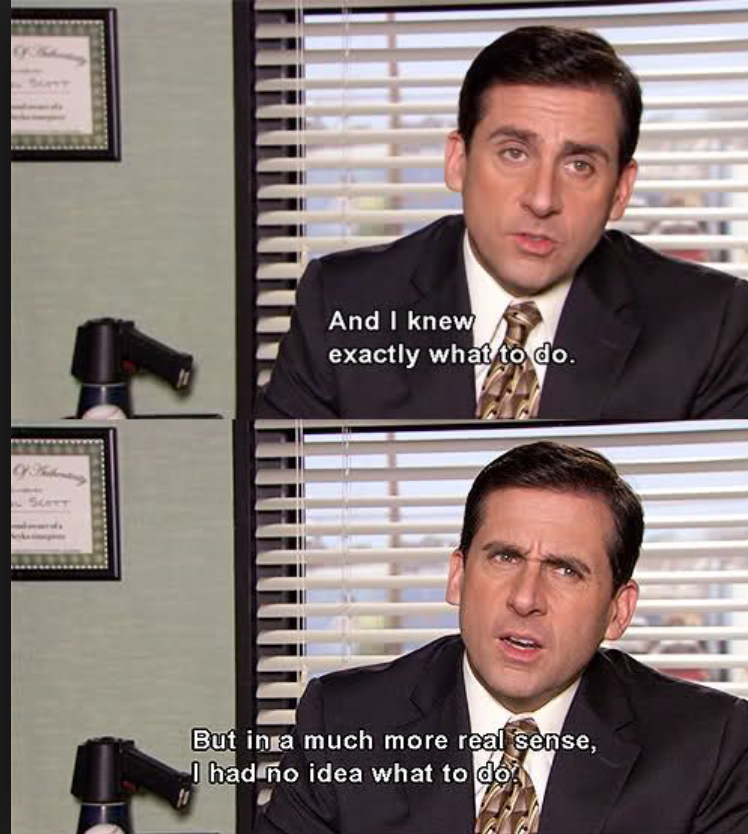 The thing I find most relatable is his complete self-confidence that he can be good at everything. Not just his job as a manager and as a salesman, but everything he chooses to do. As an example, he auditioned for a play (The Demon Barber of Fleet Street) and automatically assumed he was getting a part. He also made a movie which fell into the so-bad-its-good category (Threat Level Midnight) and was pissed off that his girlfriend didn’t care much for it. He also claims to have written a business book and an HBO comedy special.

I find the above relatable because I have this similar flaw of wanting to do everything and yet feel bad when I fall short. Like Michael Scott, I often don’t have the patience for grinding through the beginner stages of some new thing I’m trying out – it’s something I’m working on improving. I’m sure both Michael Scott and I could stand to learn from Adventure Time‘s Finn the Dog: