Back in 2017 during a Steam Sale, I was trying to choose a Metroidvania to play. My choices came down to either Ori and the Blind Forest or Hollow Knight. My impression that was that Ori had the more challenging platforming, while Hollow Knight had the more challenging combat. I chose Ori at that time, and I enjoyed that game. Last October, Hollow Knight was in a Humble Monthly, and I decided to go for it. I played it for just about a month since January, and my impressions remain the same, but I now think that while Ori had a better visual presentation, Hollow Knight is the superior game.

That’s not taking anything away from Hollow Knight’s aesthetic mind you, it’s a perfectly gorgeous game. It’s just that I remember enjoying Ori’s visuals more. Here’s a couple of screens! 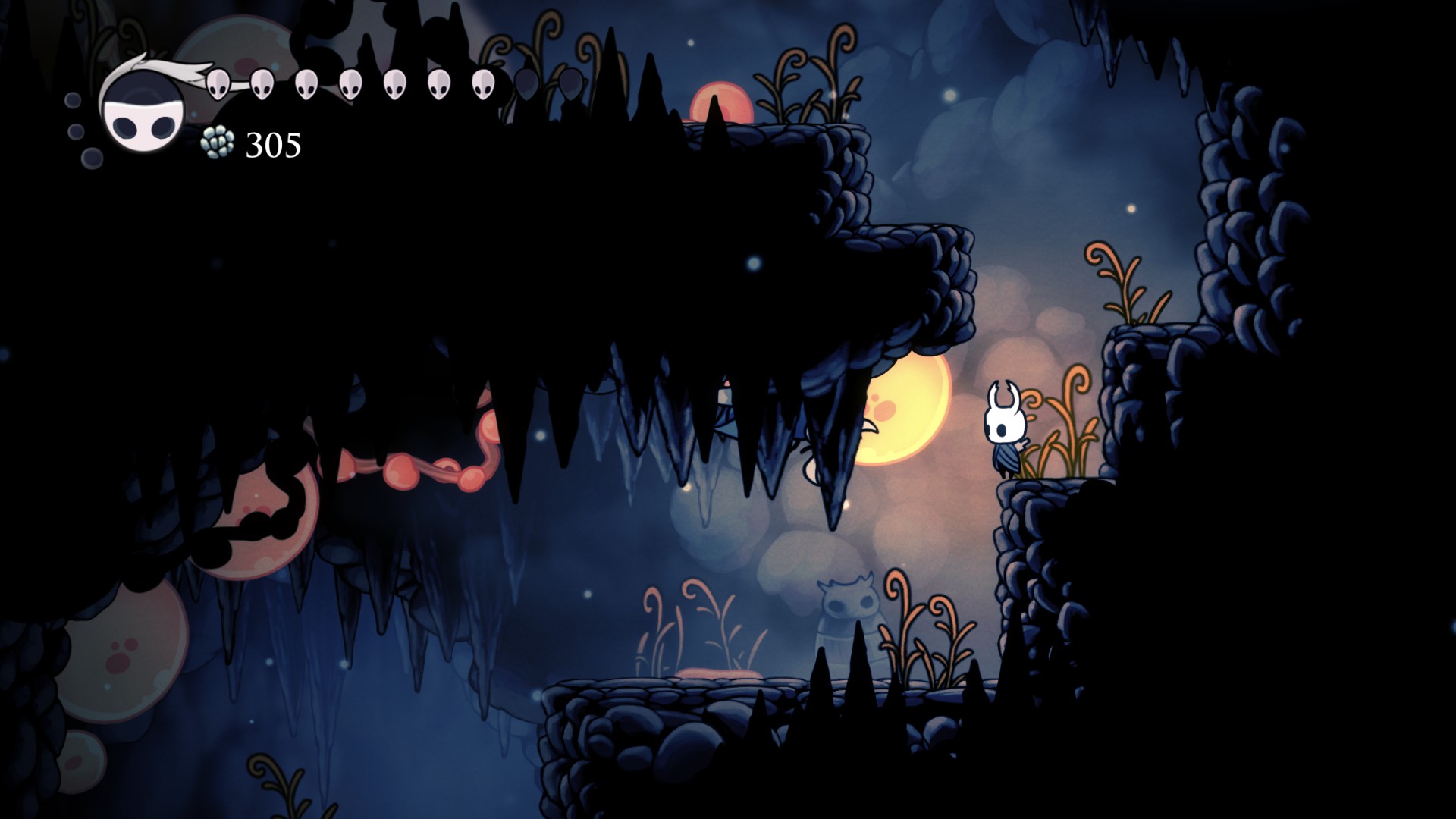 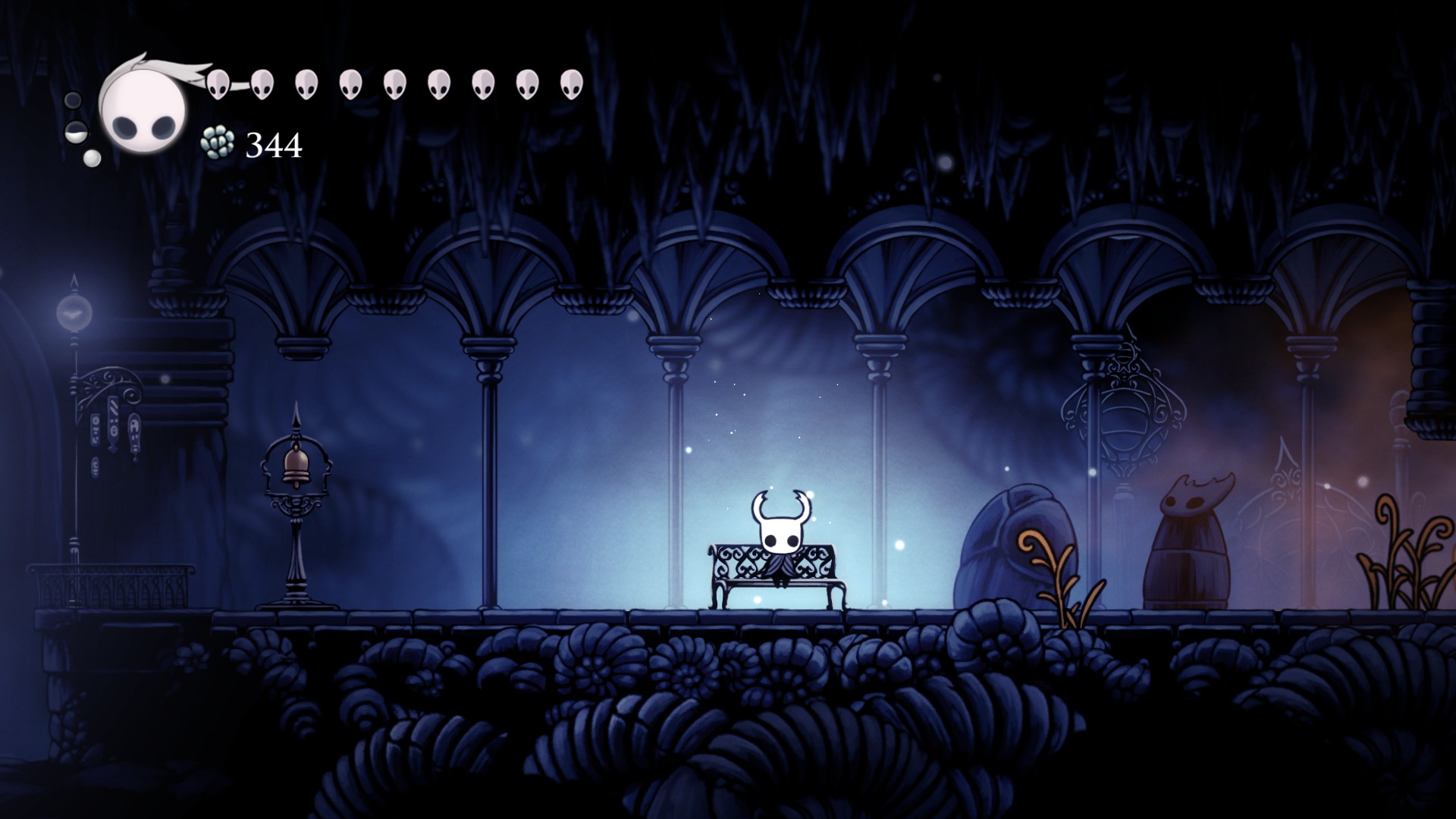 Ori had a few more challenging platforming bits, but some areas in Hollow Knight provide a significant challenge as well (looking at you White Palace!). Movement in Hollow Knight also felt a lot more fun and fluid - it was great dashing and double jumping and wall jumping across the screens once I had full mobility. Hollow Knight has a stronger combat focus, and some of the fights can get very challenging indeed (as of this writing I have yet to complete the Trial of the Fool).

The progression in Hollow Knight is also less linear than Ori - which can be a bit of a double-edged sword. While the freedom to roam is nice, it can also lead to some frustrating moments when you find a path that looks like you might be able to do it with a bit tighter platforming, but it turns out you should just wait for some other ability to unlock before going for it. I feel like there’s a lot more stuff to hunt down for completionists too. I finished the game at 105% completion. Post-launch DLC pushed the maximum up to 112%, but I doubt I’ll be bothering to do most of the other stuff, I’m pretty satisfied with the game as-is. I did manage to hit all three main endings somehow! 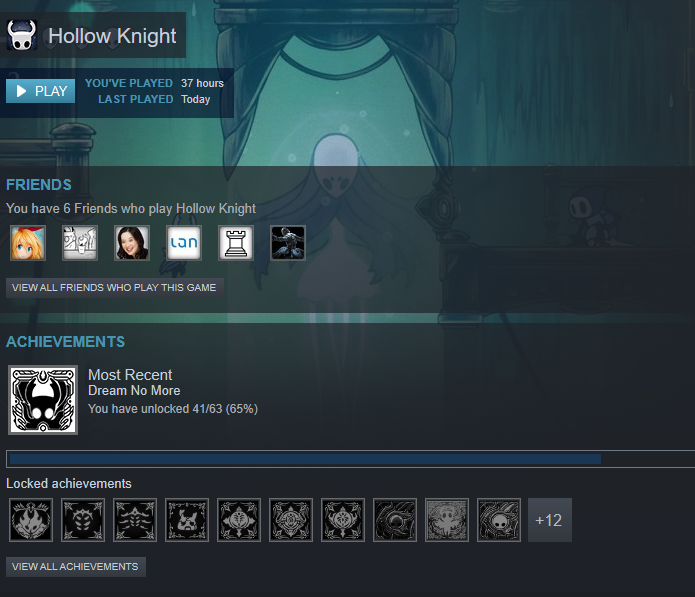 Like Ori, not gonna go for achievement completion on this one. Some of the challenges are a bit too much for me. It’s actually surprising to me how I can still play and enjoy action games like this, given how terrible my reflexes are nowadays, but Metroidvanias have a special place in my gaming heart for some reason and somehow I am able to muddle through. With deaths. Many, many deaths. I finished Ori with 900+ deaths. Hollow Knight doesn’t track this statistic (thankfully?), but I probably got close to that number in Hollow Knight too. I’ll probably wait a while before picking another one up again though, maybe let my slow reflexes relax for a while with some turn-based games instead.

Note: Coincidentally, the sequel for Hollow Knight was just announced! IDK if I’d play it - I haven’t played yet the sequels to the last two Metroidvanias I played (Guacamelee and Ori and the Blind Forest), somehow a completely new experience seems better for me.