After Hearthstone, I tried out a couple of other digital CCGs: Spellweaver and Eternal, but neither one hooked me. The one I enjoyed the most and did pick up to play regularly was Duelyst. So this review is written from the perspective of someone who has played both Magic the Gathering (MTG) and Hearthstone (HS).

Hearthstone, Spellweaver and Eternal played like digital MTG with some advantages, as I outlined in the HS post linked above. Duelyst keeps many of the same elements and advantages, but adds an extra dimension. Besides being a card game, Duelyst is also a board game.

Having a board and unit movement greatly enhances the “positioning matters” mechanic as compared to Hearthstone. In HS, it only mattered whether minions were adjacent, to the left or to the right. In Duelyst, you can position minions to prevent enemies from reaching your General, or to restrict enemies from moving completely.

That means a number of spells and abilities care about positioning too. Each of the available Generals has a Bloodborn spell (BBS), the equivalent of Hearthstone’s Hero Power. One of the Generals has a BBS which allows her to deal damage to all enemy units in the same column as the opposing General. This means you have to be careful where you place your minions whenever her BBS is active! There are spells that affect a small area (2×2 or 3×3 and so on). There are spells that care about adjacency (“Destroy target minion that is not nearby any general”). And so on. 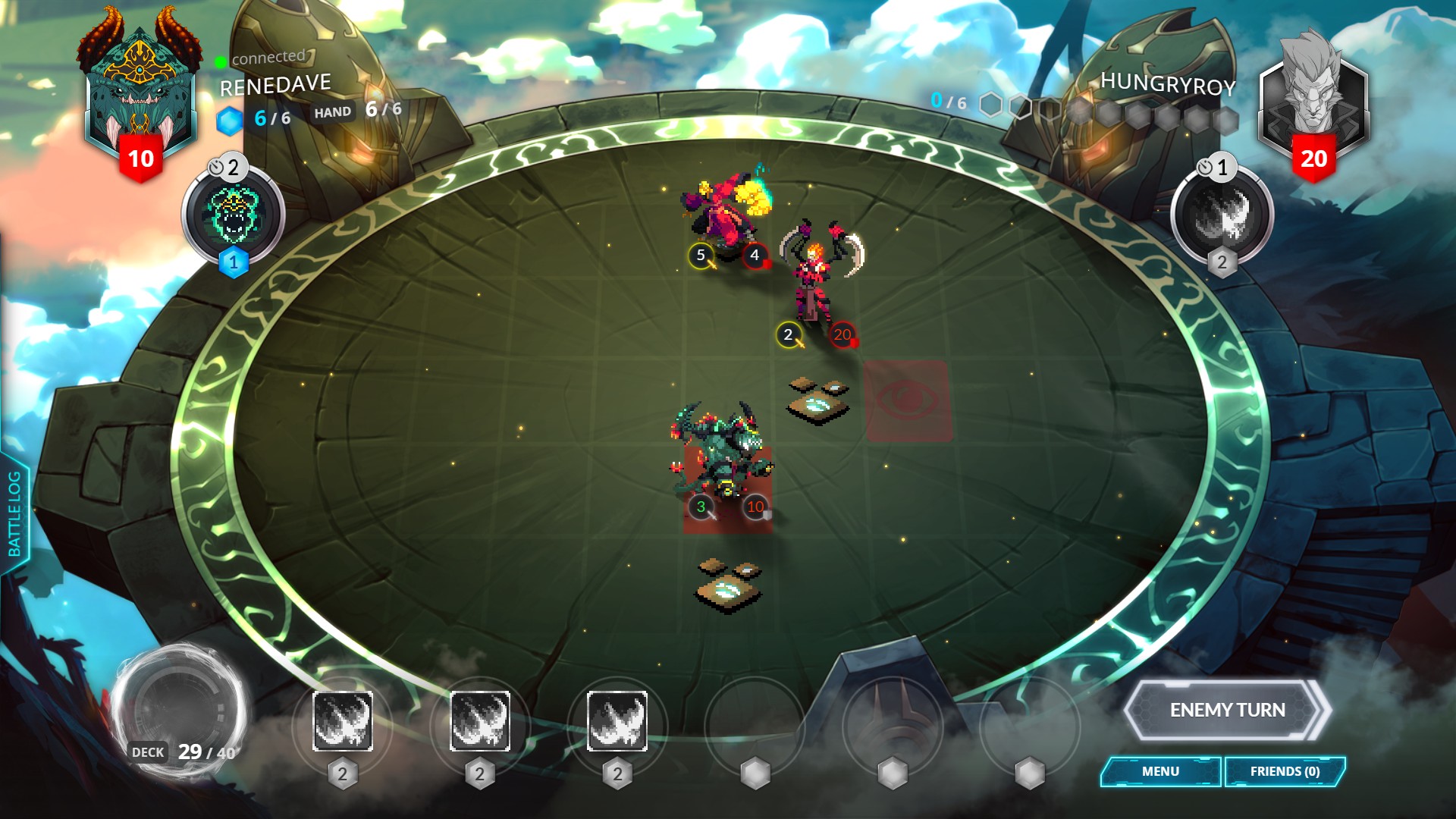 Some factions like the Songhai are more focused on spell-based damage and backstabs. The Lyonar focus on cheap, efficient creatures. Vetruvian has obelisks that can generate temporary minions. Abyssian focuses on swarm tactics and shadow creep. The Vanar rely on placement and trickery. My favorite General, the Magmar Vaath, likes to go toe-to-toe with the enemy General and punch him in the face!

As expected, many of Duelyst keywords care about positioning, and thus have no meaningful equivalent in either MTG or HS. Namely:

Duelyst also has a number of keywords that are analogous to abilities in MTG and HS. Rush is the same as MTG’s **Haste **and HS’s Charge. **Opening Gambit **and Dying Wish are the same as HS’s Battlecry and **Deathrattle. **(I worry that at some point new cardgames will run out of names for “enters the field” and “leaves the field”.) And so on – no need to cover everything here.

The added dimension of positioning means that Duelyst is strictly more skill-based than HS. This is obvious if you note that there are a lot more choices for where to place minions. Hearthstone is also more reliant on RNG than Duelyst is, although I can’t say that will hold for the future. I enjoy some level of RNG as it creates variance, but the randomness means a higher chance of losing due to bad luck.

I find competitive play on the ranked ladders for both Duelyst and Hearthstone to be about the same. I’m not saying either meta is healthy, but as I see it there are more viable decks in Duelyst ladder as compared to HS.

Since I’ve already spent a bunch of money in MTG, I don’t like spending money on digital card games. So for both HS and Duelyst, I am strictly free-to-play (F2P). Both games offer similar monetization models (pay money for booster packs/cosmetics) but I was able to get further up the ladder in competitive Duelyst.

In my first full month (December), I was already able to get to Duelyst’s Gold Division. This should be similar to around rank 10 in HS. After a lot (and I mean a lot) of grinding from Diamond rank, I managed to hit the S-Rank Division last month. This is the equivalent of HS’s Legend rank. The highest rank I ever got in HS was around rank 6 or 7.

If I think Duelyst is more skill-based than HS, why did I find it easier to get to S-Rank than HS’s Legend rank? Two reasons come to mind:

Duelyst is still a young game – the second expansion just came out last December. So in the future it may yet be plagued with the problems Hearthstone currently has. The developers have shown themselves to be responsive in nerfing problematic cards and shaking up the meta though. Whether they are able to keep this up remains to be seen. In the meantime, I’m willing to keep playing as long as the game is still enjoyable.