I don’t really play Magic regularly anymore; Last year I only played Standard because I was Q’ed for the WMCQs. But when there’s a local Grand Prix, oldies like me crawl out of the woodwork and try to believe we can still do well in a tournament with minimal prep. Grand Prix Manila 2017 was to be Standard format, held on June 2-4, 2017, at the SMX convention center.

At the start of the year I already knew I would be playing in this year’s GP Manila, but since I hadn’t played Standard for well over a year, I didn’t really know what I would be playing. But I started keeping track of what decks there were in the metagame. Sadly, the meta was not so good, with an oppressive combo deck dominating the field. Like many others, I assumed there would be a ban at some point, which means I couldn’t commit to a deck too early.

I only decided on a deck after the B&R announcement shortly before the release of Amonkhet. At that point, looking at the available cards we had, I settled on trying to put together the Temur Marvel deck. It took me a couple of weeks to put the deck together, then I ran it through an FNM and a couple of other smaller tournaments. I was satisfied enough to play it for the grinders on Friday, Day 0 of GP Manila. 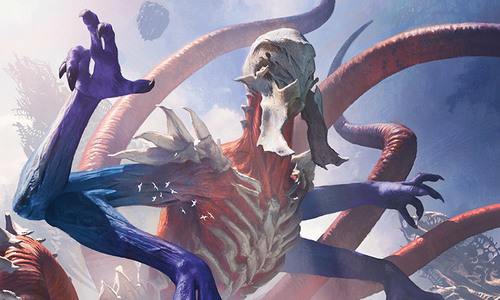 If you're playing Standard this year, you're familiar with this guy

As I’m from Quezon City, the venue is quite far, and to be honest I was a bit stressed out at the idea of commuting to SMX three days in a row. But still I went. I started out determined to play as many Standard grinders as a I could on Day 0, both to up my chance of earning byes for the GP and to give me more familiarity with my deck. Unfortunately, things did not go so well. I ended up 2-6 for the day, not even earning any prize points. I played quite a few mirror matches, something I hadn’t been able to do in my previous tests. It gave me some insights so even though I came home late that night, I stayed up late tweaking the main deck and the sideboard based on what I learned during the day.

I woke up early and took the train. Saturday was a bit lighter commute than Friday, but not by much.

This was the deck I ran:

I opted to play with Trackers in the main because I found my mirror match losses from Day 0 often came to a Tracker sticking on the opposing side. I also dropped down to 3 Ulamogs because it felt like I often got stupid hands with 2 or 3 of them.

Sadly, most of my tweaks didn’t matter much as I performed terribly. Here’s my day 1 record:

R02 1-2 LOSS vs RB Hazoret. This deck is great and fun, and the matches were really close, but eventually I ran out of Marvel spins

R03 1-2 LOSS vs UW Flash. I had a Marvel, but it ran into a Spell Queller. In desperation I tried to kill the Queller while he was tapped out, spun into a second Marvel, spun again into nothing.

R05 0-2 LOSS vs Temur Marvel. Made the mistake of spinning on my turn when he had 6 energy. My ulamog died to his ulamog

I feel like I didn’t make any particularly bad plays during the first 3 rounds. The Marvel spins just didn’t work out for me. I may have been already starting to feel the lack of sleep during round 5 so that’s a thing. (I immediately went home to sleep after dropping.)

Their decks did seem particularly tuned towards beating Marvel. That’s one of the big downsides of just netdecking the dominant deck – everyone’s gunning for you. The lack of prep time was really hard on me too. The last time I did well in a Grand Prix was GP Manila back in 2015, and that time I had been playing Jeskai for months before the GP. Unfortunately I had been caught between a rock and a hard place – if i had assembled a deck months before it likely would have been Saheeli combo (since I used to play Twin in Modern), which meant I would have been the victim of the bannings. Ah well, can’t dwell on the past too much. Have to note it for next time.

Will there be a next time? On the bus ride home I was so dejected at the poor performance I wondered if I was just done with Standard forever. But I suppose it depends largely on the metagame; Marvel was pretty bad whether you were playing it or against it. In any case, I’m also somehow qualified for Nationals this year, so at the very least I’m playing Standard again in September. (Mostly because I want the promo Inkmoth Nexus)

I decided to come back to just play for some prizes in side events (and also because I had to return some cards I borrowed). Day two had one of my favorite side events: Chaos Sealed! I played this after scrubbing out of GP Singapore 2015, so this may become a day two tradition for me lol.

For Chaos Sealed, I got dealt the following boosters: EMA, MMA2017, BFZ, SOI, Dissension and Torment. I think I got a pretty good pool, value-wise: 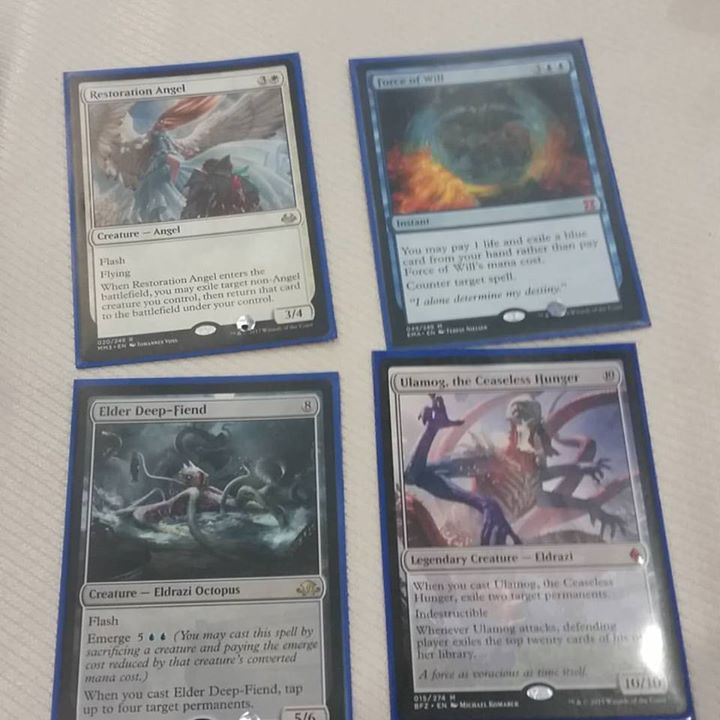 (No, I didnt dare play or shuffle the FOW)

My pool was kinda light on removal, but I had like a Llanowar Elf and some basic land search and three signets, so I decided to just ramp into some Eldrazi! A number of people were shocked that I decided to run the Ulamog, and a friend even told me I’d never be able to cast it. I sent him a picture of that Ulamog ready to attack for lethal on the first game in the first round.

I went 3-2 with my pool. My losses were to a Deadeye Navigator (that guy is a nightmare to get rid of) and to a deck that was almost entirely removal (I died to a Control Magic’ed Benthic Infiltrator. More like InfilTRAITOR amirite?). Not bad. I won enough points to split a box with some guys, and the FOW/ Ulamog meant I came out ahead value-wise. The sad thing about these events is that they’re among the last to finish, so the prize wall is kinda cleared out by then and we weren’t able to get a Kaladesh box, had to settle for Amonkhet. 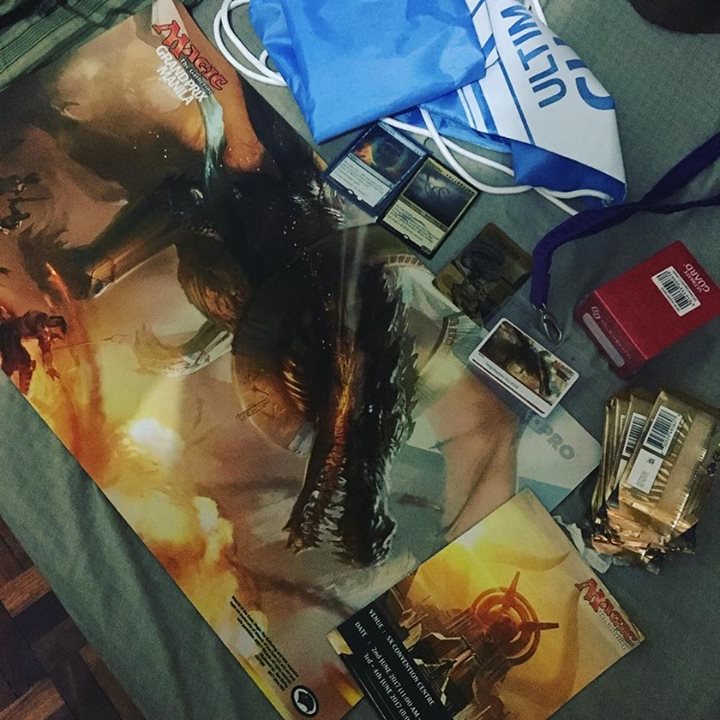 Competitively the GP was a bust for me, but at least I came away with some swag and some packs. I’m also planning to attend GP Singapore in December this year, and that’s Sealed/Draft so hopefully I do better there. Until then, thanks for reading!