With the PS Vita recently being discontinued by Sony, I decided to work on reducing my Vita backlog a bit. One of the games I’d been meaning to play for a while now was Zero Time Dilemma, the third game in the Nonary Games trilogy. I’ve only previously played the 2nd game in the series, Virtue’s Last Reward, which is a bit appropriate given how the events in these games often unfold nonlinearly. 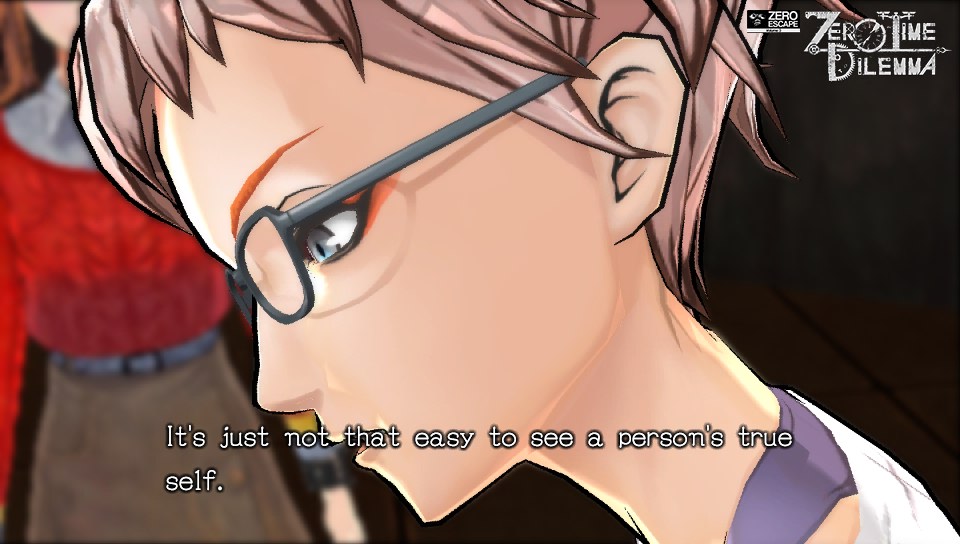 ZTD is pretty good, but the story is understandably complex, given how it builds off a series of games that already involved espers and time travel and multiple timelines and cults and world pandemics and so on. It didn’t help that it’s been 4-5 years since I played VLR, and that game already had an overly complex plot so I can barely remember the details from that game as well.

While it’s a story-based series, the gameplay largely consists of two parts: (a) escape rooms; and (b) decision-making. The escape rooms part are entertaining enough, nothing too difficult, but satisfying enough to solve everything. The decision-making part is used to unlock branching timelines, and the path to the “good” endings is determined by your ability to find the correct decisions to unlock the correct events. Not all decisions are binary or multiple-choice; some of the more important ones require text or numeric input, making it impossible to guess them. At multiple points, you will need to reference information learned from other branches of history (don’t worry, there is a story reason for why this happens).

Took me a couple of weeks of playing sporadically to finish the game. I enjoyed the game enough to spend a couple of late nights to finish it once I got really going. I will shamefully admit I did get stuck in one place and in my impatience I googled my way past it. Still, a platinum is a platinum:

Unfortunately, given how old the first game is, it’s unlikely I’m going to get to complete the trilogy. There’s still a couple of other Vita games I want to play as well (notably, I’m still in the middle of a 3-year old Tales of Hearts R run), so maybe I’ll get around to those… someday!