Over the past couple of years, I’ve been regularly playing digital boardgames online on Steam with one of my friend groups, I thought I’d do reviews of them.

The first one is Sentinels of the Multiverse. We’ve played the IRL boardgame of it before during one of our sporadic in-person meetups. If you’re not familiar, it’s a comics-themed coop game where up to 4 people play as a group of heroes to beat a villain (basically comic book shenanigans).

There is a large variety of heroes available to play, each with unique abilities and play styles. Some of them are straightforward and some are super complicated and fiddly to play. The villains you have to beat vary from super simple to really difficult, with advanced variants for even more challenge. The game also provides a “weekly one-shot” challenge which provides a fixed scenario/villain and set of heroes to play.

We’ve played a lot of games of Sentinels, and probably only won something like 60-70% of them. Each game takes around an hour or so, maybe more if it was super difficult. Usually we lose when we choose some combination of random heroes just to try them out then get beaten terribly by the villain. Then we go on a revenge run using one of the simpler heroes like Legacy or Tachyon (or we just put in a healer like Dr Medico).

The digital version has the advantage that it automates a lot of the ability triggers and checks that the boardgame requires, which would usually be a lot of work. On the other hand, it has a UX disadvantage for those scenarios where an ability triggers multiple times and you want to make the same decision every time. In the real board game, you can just handwave it off by saying “Ok, we choose X is every time”, but in the digital version you have to click through every confirmation dialog every time. 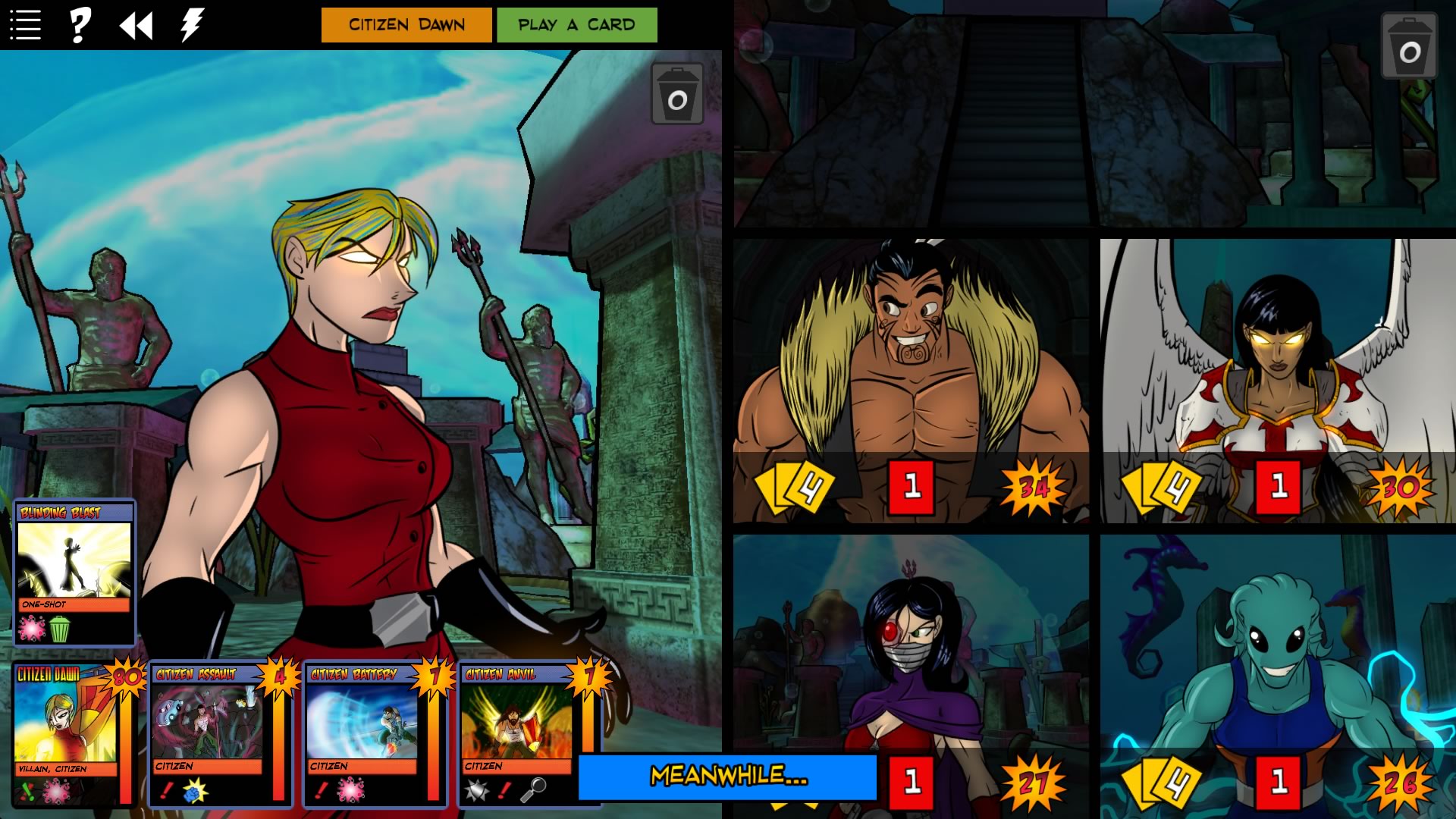 The game’s aesthetic is very much classic comic books, even multiplayer games are joined by entering a code in the format of a comic book issue like “Justice Comics #153”. The art isn’t the most elaborate and could be better; in fact, they are planning a Definitive Edition of the boardgame that has even better art that is closer to the old-school comic book aesthetic. It looks like a signficant upgrade, so I expect if they ever release a digital version of the new version it would be a completely new game on Steam. Our group has enjoyed our Sentinels games though, so I fully expect we will be getting the new Steam version when it does come out.

Rathskellers
If you enjoyed my content for some reason, I'd love to hear from you! Here are some options: