My US trip started on the first of the month. I’ve been meaning to write more regularly about it, but one thing I had forgotten was how exhausting it would be to be a tourist, walking everywhere all of the time. Here’s how many steps my Fitbit recorded during that first week:

I finished this week with a bit more than 105k steps, which I’m pretty sure is a lifetime record (though I dont have the data anymore from the Europe trip in 2015 - I suspect that it’s comparable in scale.) Compunding the tiredness was that I wasn’t getting much sleep, especially during that first day when we spent more than 13 hours on a plane: 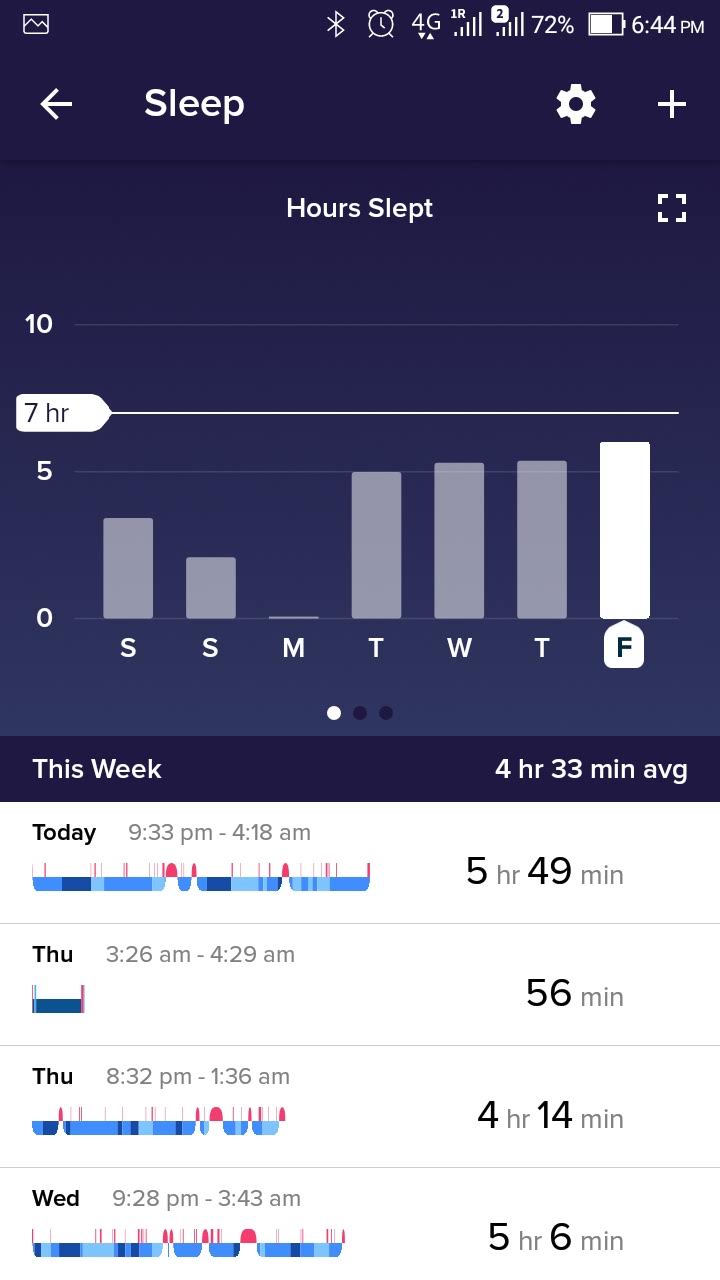 The 0 hours there is probably a bit inaccurate. I always find it difficult to sleep on planes, so long hauls are difficult, but I’m sure I managed to get a few short bursts of sleep here and there. I suspect the Fitbit is not very well suited to measuring that sort of sleep especially when seated upright in an airplane seat.

So, that is my excuse for not being able to write much. It’s likely that this first week will have been the most exhausting part of the trip, this is where we scheduled the California theme parks after all (more on that in the next post). It is of course a net positive that I am walking so much, since this is pretty much the only exercise I get these days. I’ve been thinking about whether I would be able to maintain this level of walking (or even half as much!) when I get back home after the trip, as I have been slacking off on the walking the past few months. Hopefully I can find a way.