Perhaps unsurprisingly, I’m enjoying tinkering with the site layout at the moment. I give up on expecting a “stable version” of the site anytime soon and readers can expect incremental updates unannounced going forward. This site is now perpetually under renovation. 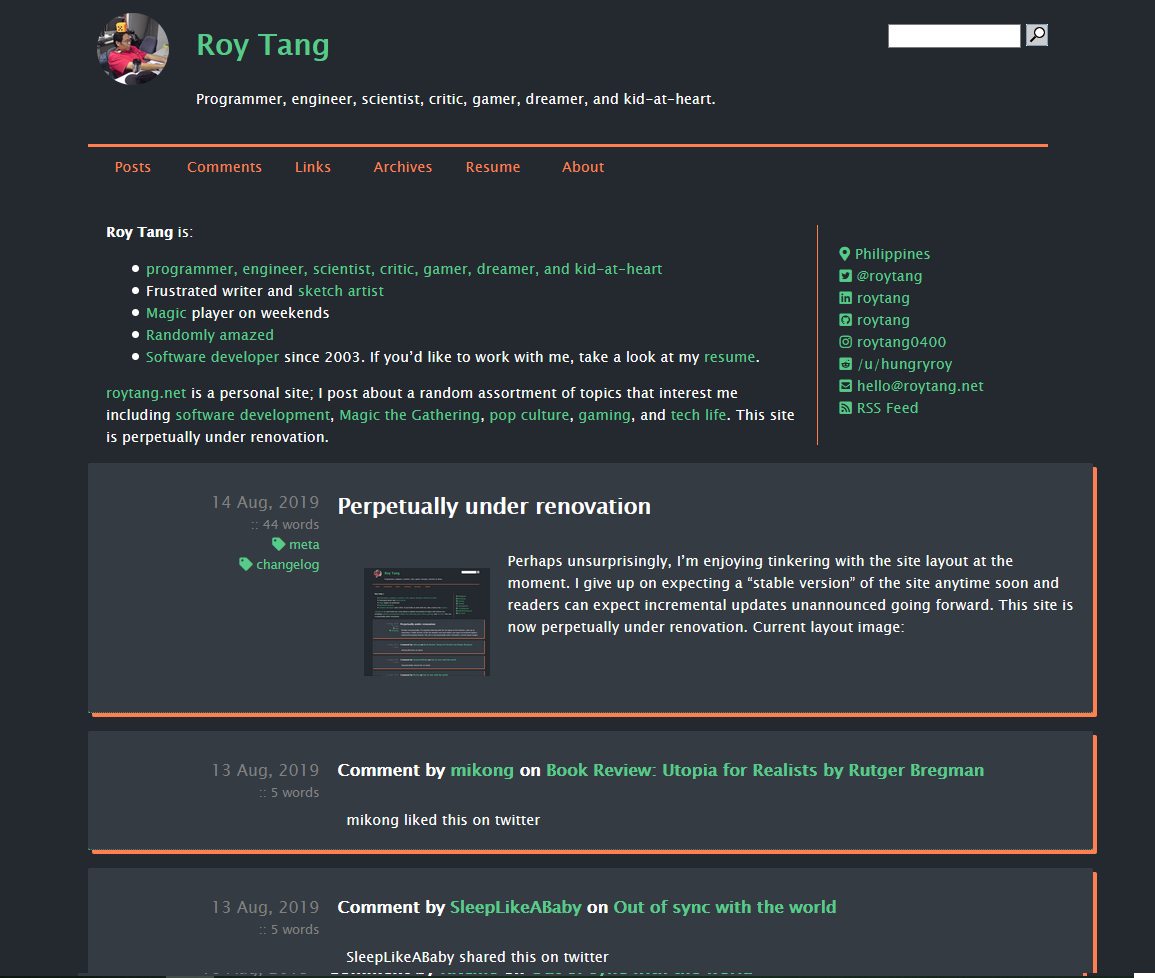 There are almost certainly broken things still around, but I wanted to push the initial changes for now.