Over the past couple of years, I’ve been regularly playing digital boardgames online on Steam with one of my friend groups, I thought I’d do reviews of them.

Today’s review is for Blood Rage: Digital Edition. This is a Norse mythology themed game based on a IRL boardgame. It’s one of those “place your guys on the map” boardgame where each player vies for control of provinces. The game is divided into three ages, and at the end of each age one of the provinces is destroyed as part of ragnarok. The players place units in each of the provinces, which have limited slots for units. During your turn you can choose to pillage a province, and other players can fight you for it if they have units there as well or can send units from adjacent provinces. A successfully pillage earns you a stat boost, and successfully defeating other players earns you glory, which is used to score for victory at the end of the game. The age ends when all the provinces have been pillaged or all the players no longer have any possible actions.

The battle and upgrade cards are mostly themed around the Norse Gods - Odin, Thor, Loki, Frigga, and Tyr. Each god has a different set of effects, and some can change your strategy so that you can win without having to actually win battles. For example, Tyr’s battle cards are all about giving you bonuses to combat, but Loki’s cards are all about earning you benefits when you lose combats. In many of our games, one of the player ends up being the “Loki player” who just joins every battle he can trying to gain those Loki bonuses.

Battles are encouraged though; many of the upgrades and quests reward you with more glory for fighting and dying in battle, and having your units destroyed in ragnarok gives glory bonuses as well. At the start of each age, all previously destroyed units are again available for placement, so constantly getting into fights and getting sent to Valhalla can be a strategy as well.

We’ve also gotten and played two of the expansions DLCs: Mystics of Midgard and Gods of Asgard (recently released). Mystics add a new unit type that can be drafted, including an annoying unit that can’t be killed as long as it has a province to retreat to after battle. The mystics usually end of being high draft picks. Gods of Asgard adds two randomly chosen Norse God figures to the board (among the 5 mentioned above), each one applies special properties to the province where they’re in, and they move do a different province after every pillage attempt. For example, Tyr makes it so that battles in the province only count battle cards and not the strength of the involved units; while Frigga makes it so that units in the province cannot die in battle.

The game was a bit buggy when we first got it in mid 2020, since it was just released, but it has steadily improved since then. We played it again recently after some time away and noted many improvements to the UI and quality of life changes.

The game is fun; we’ve played a reasonable amount of it (I’m at around 47 hours as of this writing.) It’s the kind of game where it’s easy and fun to mess around with what your opponents are doing, especially if you drafted some of the trickier cards. The only bad side would be that the games tend to go long, especially if someone drafted a good Loki deck or the Mystics are around or other such tricks. In our last session, we played 2 games for around 3 hours total. 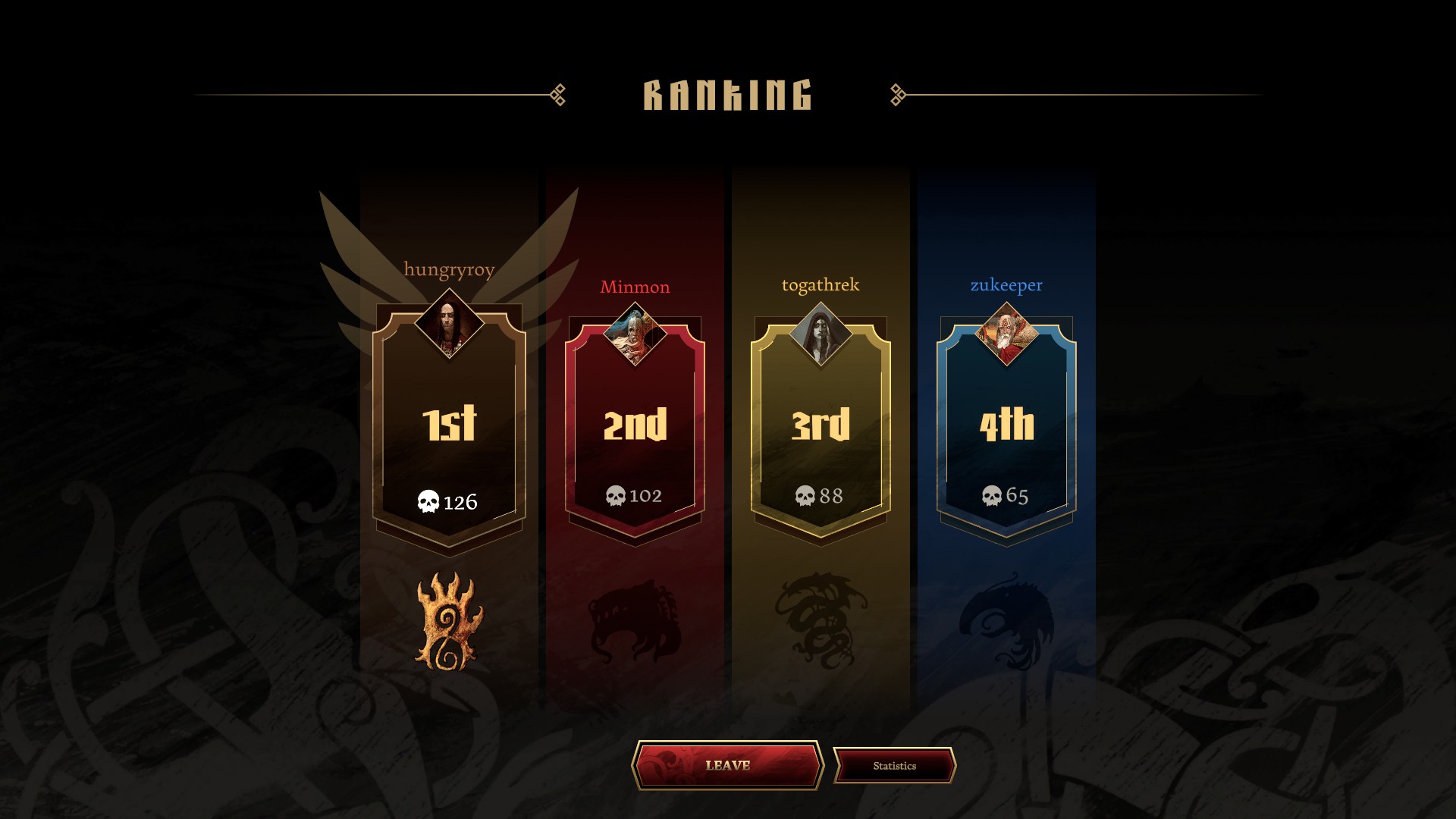